Whew! What a month May was! And it feels like it lasted forever! It seems like it was the beginning of the month and I was finishing up this past semester ages ago haha! But I guess that’s what happens when your month is jam packed? Or when you live in a weird time warp! Who can say which it is!

The downside of May being full of fun was that sadly I didn’t get to do too much reading. But hey, at least I managed to read some. Unfortunately, in terms of what I read, it was also a pretty “meh” month. Luckily June is shaping up to be a better month! But before I get ahead of myself, let’s take a look at May…

Looks like everything’s good on the blog this month so no updates! 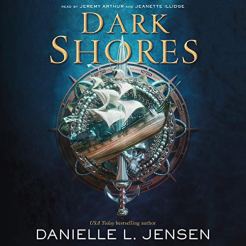 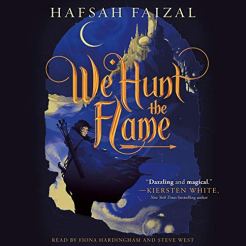 Level 5 // Wizard Chess // A Book with a Contest // The Tiger at Midnight by Swati Teerdhala ★★★☆☆ (Review)
The Tiger at Midnight had such an interesting premise which instantly caught my attention, but I’m sad to report that the book itself fell short of my expectations.Though it had complex characters and a rich world, The Tiger at Midnight hit a real snag with its plot. I do think Teerdhala holds promise as a writer, though. For more of my thoughts, check out my review liked above!

Level 5 // Neville Longbottom // Brave Character // Dark Shores by Danielle L. Jensen  ★★★★☆
Dark Shores was such a blast! Part high seas adventure part Roman-esque political drama and part new world exploration, this book really had it all! Dark Shores was such a fun, wild ride and if you’re looking for a fun, light fantasy to read for the summer, I highly recommend picking it up.

Level 5 // Luna Lovegood // Diverse Read // We Hunt The Flame by Hafsah Faizal ★★☆☆☆ (Review)
I feel so terrible saying this but this was perhaps my biggest disappointment of the year so far 😭 I wanted to love this book so badly! Alas! Twas not meant to be! I talked about my issues in my review linked above, but the short version is that I felt the book was extremely underdeveloped and incredibly slow. It did, however, have gorgeous prose and a neat world. I do want to pick up more by Faizal as I think she holds promise, but We Hunt The Flame just wasn’t it for me. 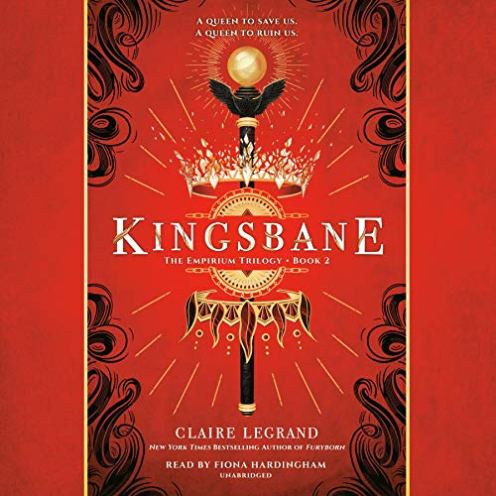 Thank you, oh publishing gods, for granting my ARC wishes this past month! 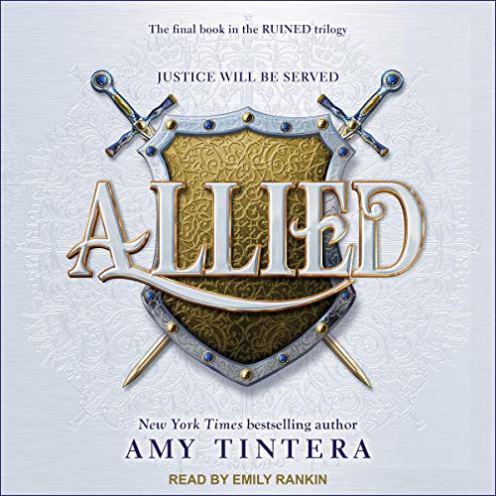 I don’t know much about this book except that it’s a retelling of Beauty and the Beast and a lot of readers seem to be loving it. It seems kind of dark and mysterious and seems to keep that fairy tale-esque atmosphere, so I can’t wait to see how I like it!

I love Arabian inspired fantasies plus this one is by a mutual on Twitter of mine. The premise of this one sounds super interesting, so I can’t wait to get into it and see what it’s all about.

I loved Furyborn, which was the first book in The Empirium Trilogy and the sequel, Kingsbane, is finally here! Furyborn was quite a feminist read, so I’m banking on Kingsbane having many more empowering moments and themes! There’s also casual LGBT+ representation, as both main characters are at least bisexual, if not pansexual, so it’s a good pick for Pride Month! I’m so excited to get to this one!

I’m stretching this challenge since it doesn’t specify which initial the author has to share with you and while my first initial isn’t “A”, one on my middle names begins with “A” so…I’m gonna take what I can get and run with it. Anyhoo! Allied is the final book in the Ruined trilogy and the audiobook took forever and a day to be released so I’m excited to finally get to it!

Technically most any book I read this month will count because I always listen almost exclusively to audiobooks. BUT for list purposes, I’m currently using Nocturna to fulfill this challenge! Nocturna is an own voices Latinx inspired fantasy about a shapeshifter and a prince on a mission who team up to save their world. It’s gotten mixed reviews and comparisons to V.E. Schwab’s A Darker Shade of Magic but I’m still pretty intrigued so fingers crossed I’ll enjoy it!

After reading The Seven Husbands of Evelyn Hugo, I was desperate for more stories like it and I’ve heard this one recommended for readers like me a few times. While the story is quite different from Evelyn Hugo, Last Year in Havana does look like a diverse, romantic, fun time!

I finally saw Captain Marvel this past May! Admittedly, I did miss the first 15 to 20-ish minutes as my date and I were running late (we got distracted by a bookstore on the way #typical), but I still saw most of it lol! I did really enjoy the film (plus it had a bangin’ soundtrack!) but, sadly, it ended up not being a new favorite, especially as compared to 2017’s Wonder Woman. I feel bad comparing the two films, but it’s hard not to considering both are the first female-centric films from their respective production companies. The main problem for me was that Captain Marvel felt like it was trying way too hard to appear feminist, without actually doing the work and letting the work stand on its own. I also felt like Captain Marvel didn’t have the strongest of plots, which is honestly a problem I have with most Marvel films. But, nevertheless, despite my issues, it was a fun film and I definitely recommend seeing it.

Everyone’s been raving about Netflix’s reboot of Queer Eye since it was released and I finally got to see why in May. The show follows a group of lovable and loving gay men called “The Fab Five” as they makeover the lives of ordinary Americans who are down on their luck. Every member of the group has a unique personality and a specific specialization which they help the person the episode focuses on with. The show is filled with heartwarming moments and killer life renovations. If you’re looking for a feel-good show to remind you that the world still has good people in it, this would be it!

“Never Go Back” by Dennis Lloyd // I associate this song with carefree summer days. Then again, I first heard this song and fell in love with it while on my way home from the beach this past weekend. So maybe I’m biased by nostalgia.

“All Blue” by Jade Novah // I’m so in love with the funky, R&B groove of “All Blue”! The song just makes me want to get down and have some fun. I just can’t get enough of Novah’s psychedelic trills laid over the hip melody, I could go on but I digress…

“La Di Da” by Lennon Stella // I’ve loved Lennon’s Stella’s voice since I first heard her sing way back in the first season of Nashville. Sweet and sincere, Stella’s voice always reminds me of a crisp autumn breeze. This song, in particular, though, hit me hard for some personal reasons and so it was bound to be a hit with me.

“Truth Hurts” by Lizzo // I’ve heard this song before but I didn’t truly start to love it until I found myself singing it at the top of my lungs with three of my best friends in a kitchen with the song blasting on the speakers. Funny how that will change your mind about a song 😂

“Mabrouk” by Balqees // I love music from around the world, but I have a soft spot for Arabic music, probably because I’m part Lebanese and I grew up listening to it. I recently discovered Balqees and fell absolutely in love! Her voice is gorgeous and her music is so much fun! 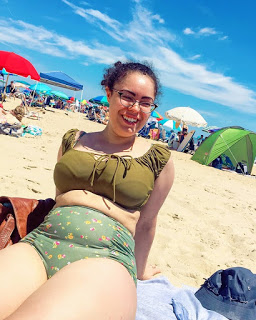 It’s weird to say but for me the beginning of May seems so long ago! I have no idea why since May didn’t feel particularly long to me or anything. But nevertheless, regardless of length, I’m happy to say that it was a pretty good month!

May was a surprisingly busy month full of lots of fun things and happy moments! I found out that I got an A in my Pre Calculus With Trigonometry course last semester and I’m still overjoyed about it! At the beginning of the month I had a fun “girls day” with my high school besties. It was so nice to see them again and we had a great time laughing and gabbing and catching up. I’m looking forward to hopefully doing more with them this summer. Then it was Mother’s Day in the US and my mom and I took some time to relax and get super cute pedicures! I rarely get manicures and/or pedicures, so it was really nice, especially doing so with my mom. The middle of the month was pretty chill but during the last weekend of May, three of my other friends invited me on a spontaneous beach trip and we had a blast! We drove to the beach in the middle of the night while blasting music and dancing in the car and got there in time to see the sun rise over the ocean! Then we spent two lovely days relaxing on the beach and playing in the ocean before dragging our sunburned selves home.

After having such a great month, I’m definitely looking forward to June. I have a couple of fun things planned already, so I’m hoping those pan out but we’ll have to see!

Lila is a 25-year-old college student studying physics and a lover of literature. When she's not busy reading or saving the world through science, Lila can be found singing jazz and blues and obsessing over hedgehogs (a.k.a. the cutest animals in the multiverse!) View more posts