*appears in a puff of purple smoke*

Helloooooooooo, my lovely friends! It’s Lila, returned from the dead! How have you been? I hope you’ve all been well! As you may have noticed, I’m back!

You’re probably scratching your head at the moment and wondering where the eff I’ve been these past few months, aren’t you? Well never fear! I am here to fill you in on my summer!

Between school, general responsibilities, and making time to have fun, my life has been super crazy for the past three months! I’m definitely not gonna review the daily with y’all–that would be a lot of me repeating my dull responsibilities over and over again. But I will give y’all a general overview of what I’ve been up to these past three month!

Taking private math classes was what actually took up the bulk of my time this past summer. I wasn’t technically in school taking classes during the spring and summer semesters, but I didn’t want to fall behind with certain subjects, math in particular. So I got a private tutor and took my precalculus and calculus classes outside of school. I won’t get credit for it, so I’ll be taking the actual precalc and calc classes when I go back to school, but at least I’ll be prepared. And I actually really love calculus, so I don’t mind. Anyhow, my lessons filled the bulk of my time.

I Had A Blast At The Kennedy Center’s Open House 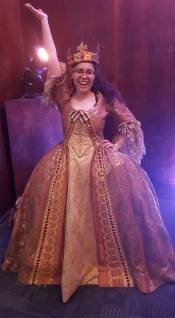 This year The Kennedy Center (which is President John F. Kennedy’s official monument) celebrated what would’ve been JFK’s 100th birthday. They celebrated with an open house, which included musical and dance performances throughout the building and skateboarders outside. I went with my best friend and we got to see the skateboarders, the premier of a ballet about space travel, aerial dancers, and a bluegrass band. It was super fun!

I Flew A Plane 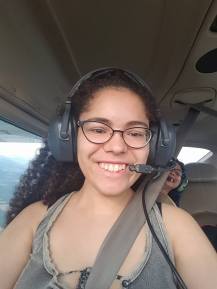 This was actually my second time flying a small plane, but it was significantly less nerve-wracking than the first time. Once again, I went flying with my best friend and her dad (who’s a former Air Force pilot). We flew up to New York City and over the Hudson River and circled the Statue of Liberty before heading home. I flew the plane for about 30-45 minutes and I was surprised to find myself relaxing a bit and having some fun during my time piloting! I definitely want to go flying again, as I think confidence and relaxation will come with practice.

I Attended A Bollywood Dance Party 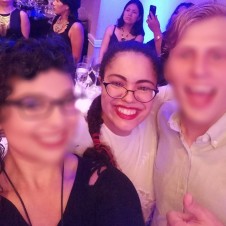 My best friend and our other friend and I also went to a Bollywood dance party on the Potomac River! The thing I love about D.C. and the surrounding area is how diverse it is–and that lends itself to great events featuring music and dance from around the world! We had quite a grand time learning Indian dance moves and then dancing to amazing Indian music!

I Went To A John Legend Concert 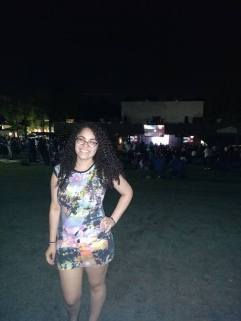 I love John Legend so I was ecstatic when my friend landed two tickets to his concert and decided to invite me! It was in an outdoor area and it was so much fun! We had the time of our lives singing and dancing along!

I’ve Been Learning How To Dance Zouk-Lombada 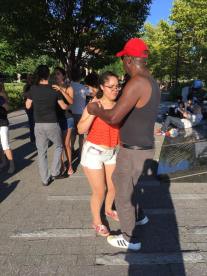 All summer long and into October, there’s Latin dancing on D.C.’s Georgetown Waterfront at sunset for only $10! It’s open to dancers and non-dancers of all levels and they teach you the basic steps of a Latin dance and then there’s a “social dancing” period, where you just dance and have fun. The times I’ve gone, they taught us the basics of Brazilian Zouk (also known as “Zouk-Lombada”). I love to dance and make new friends, so I had the time of my life!

Last but certainly not least, over the summer I launched Hardcover Haven. What is Hardcover Haven? It’s a book blog. You’re probably like, “But…you already have a book blog…you know, this one…” Yeah, I know. Basically I needed my own space and I also wanted to expand to talk about other things, like music, movies, TV, and life in general. So I started Hardcover Haven to be my main blog! I’m really proud of it and I’d love for you to check it out and even follow it, if you feel so inclined!

So that’s all that I’ve been up to over these past few months! Life has been crazy, but also super fun. What have y’all been up to? I’d love to hear about it!